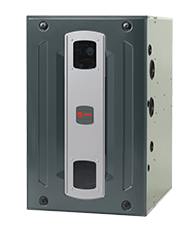 Our Mitsubishi heat pump work’s just like it did when Formula Fabrication installed it, haven’t even had to touch it.